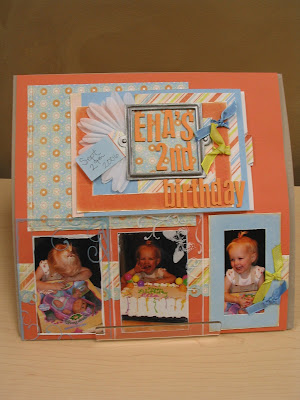 This one has a mini-flip album with all of the pictures from our trip to build-a-bear, opening presents, and eating cake! 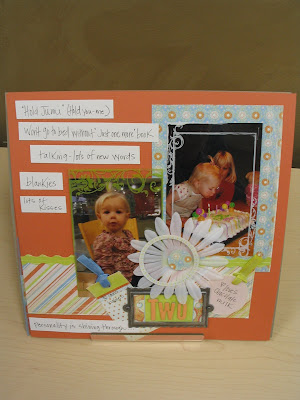 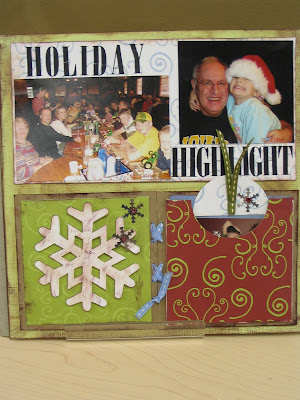 This layout has extra pockets with more pictures from our super-fun weekend with all the Garner's over New Year's! 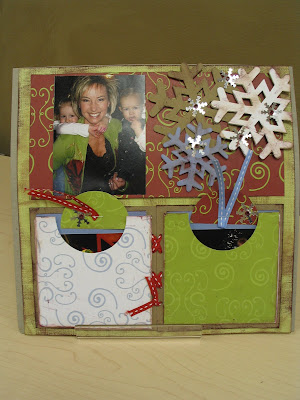 Snow and ice are nice...NOT! 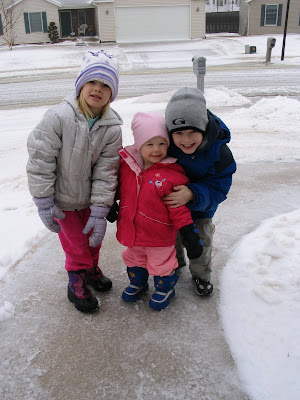 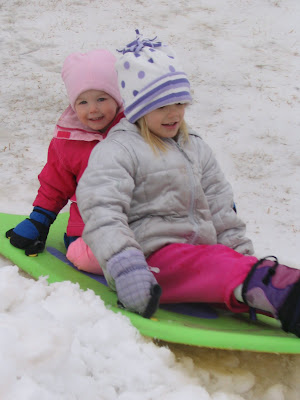 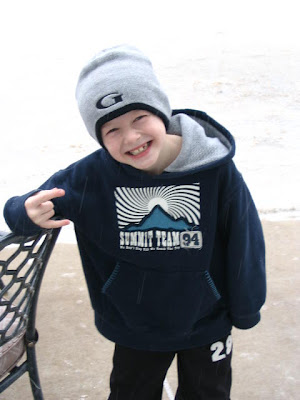 Yo - G!
I copied this blog title from an email I received from my friend, Lynn. We have had a crazy storm the past few days and now that it is Monday I feel blessed to have power, heat, electricity, etc. There are many people in surrounding towns that are still without these things. Yesterday, the kids had a great time outside with Craig shoveling all the slush and snow. Here are a few pictures...Enjoy!
Posted by Kim at 9:40 AM No comments: 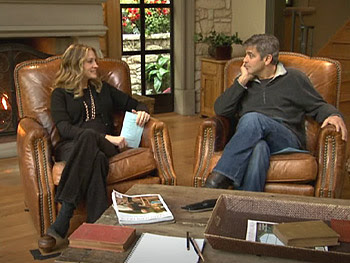 At 6:00 am they started filing us into the waiting room. They had a small parfait and water or juice to eat for breakfast. While waiting, we watched highlights from different Oprah shows on big screen TVs. All around the room there were these huge poster size photos of Oprah with different guests. Candi, Christi, Jodi, and I were sitting right below the picture of Oprah with the girls from Sex and the City (hee hee hee)! At 7:30 am they started calling our names to go into the studio. Since we were there so early, we thought we would have a great seat! But they start calling people that our friends of the producers and friends of the staff, after about 120 people were called, then Candi's name was called for her party to come to the studio. We were going in! The studio was smaller than it looks on TV, but it was amazing that we were walking into the Oprah studio. We sat in the middle, near the control booth. The producers came out and explained that this was a pre-Oscar show, and we needed to watch the Oscar special that was hosted by Oprah so we would be able to follow her comments during the show. So we watched the special with Julia Roberts and George Clooney, Russell Crowe and Nicole Kidman, and Sidney Poitier and Jaime Foxx. The best part was definitely George and Julia. They were like two old friends just meeting together for dinner! 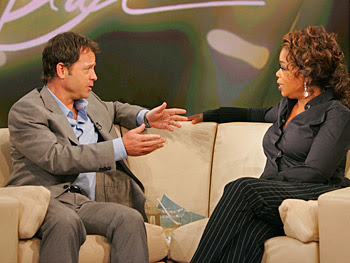 After we watch the Oscar special, the producers came back out and started getting us excited for Oprah to step onto the stage. They would let people ask questions and practice making comments into the microphone in case Oprah talked to them or she allowed questions during the interviews. The lady that was in charge of booking was also on the stage during this time. Her name was Chavon, and she remembered every person that she talked to on the phone about getting last-minute tickets. Candi stood up and talked to her also and she remembered her right away because Chavon said that Candi was shaking and couldn't write down the phone number to call back if she was able to use the four tickets. It was so funny. She had a photographic memory. At about 9:15 am just as we were talking and laughing someone just ran in and said that Oprah was on her way down. Just 20 secs. later she was walking into the studio and everyone was screaming! It was amazing! We all just started to cry! She just has this pressence that is unbelievable. And my first impression was that she is tiny! Oprah started talking to us and she had this horrible cold! She had a fever and she voice sounded really scratchy. She said that everybody has to work sometimes when they are sick and she had her hairdresser, Andre, and makeup artist, Reggie, come down and take a bow because she said that they had to beat her face on today because of her cold. When Reggie came down he was wearing a mask and said that he was late because he was taking medicine to he doesn't get sick! Then the show started and she showed outtakes from George and Julia. And Greg Kinnear came out and she interviewed him. After he left, and her stylist was straightening her blouse, Oprah realized that her zipper was down during their interview and she was laughing so hard! 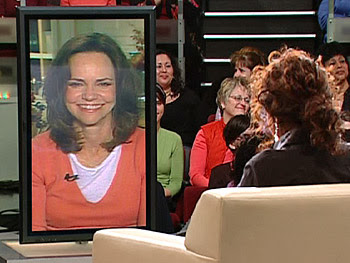 Then Sally Field was on by satellite and they showed more outtakes of the Oscar show. Just as it was about over, Oprah, said that Sprint was sponsoring her After-Oscar show and since they couldn't take us all to the red carpet, they were sending us home with a RED cell phone! I couldn't believe it. Especially since I don't have a cell phone and NOW I DO! With three months free service!

It was so amazing! We were so excited! Oprah then gave us a preview of her show that was airing on Monday called Building The Dream. Don't forget to watch it!

Then we were done taping the show. Oprah stayed around for a few minutes to talk to the audience. And I just have to say one thing about that:

She is real, she is kind, she is genuine. This experience of seeing Oprah "up close" was everything I expected it to be and more. She talked and laughed with the audience and really made ME feel important, even though she doesn't know my name, or even who I am . She inspired me to be better and to live better and do better. Better for myself, my kids, and for everyone around me. It was an amazing experience. I will share some "After The Show" photos as soon as I get them from Candi. I know this was long, but I hope you liked the inside scoop!
Posted by Kim at 1:17 PM 3 comments: 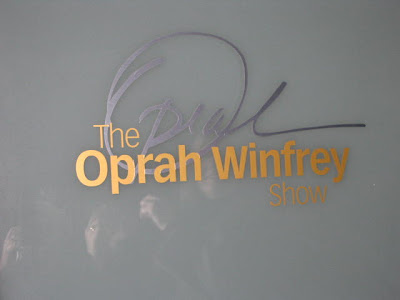 Well, I don't really know where to begin. It was Wednesday afternoon and Candi, my friend from the scrapbooking world, called to see if I wanted to go to the Oprah show. All I could do was scream. Had I just won the lottery? I have know Candi for several months through the LSS and she didn't know of my obsession with Oprah and my dream of going to her show. Candi then explained that we needed to leave at 3:00 am to arrive for the taping at 6:00 am. There were also a few rules:
*No "all" beige or "all" white
*Bring your photo ID, this is your ticket into the show
*"Downsize" your purse 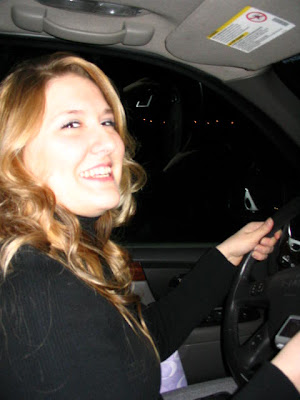 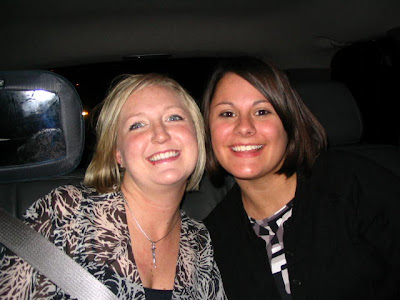 This photo is pretty dark, but this is at 5:00 am when we arrived at Harpo Studios. We got there early so we were one of the first people in line. We found out later, when they started calling people to go into the studio, that this didn't really matter......they call you by "parties" and it is who's who in the Oprah world. 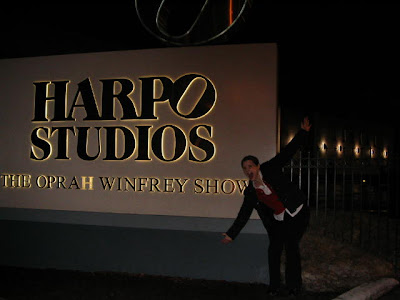 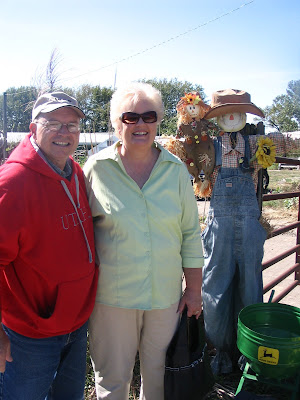 On Monday, my kids received their 2nd annual Valentine box from Grandpa and Grandma Burton. My mom always puts goodies together for Christian, Sydnee, and Ella that only they would love. Lots of candy, little toys, pencils, plastic cups, Little Debbie heart cupcakes.......the works! This year the box came and Sydnee wanted to rip it straight open, but Christian wasn't home from school yet so the anticipation was building. Right when Christian stepped in the door, Sydnee announced that it was TIME TO OPEN THE BOX FROM GRANDMA! Of course they were straight into all of the yummy surprises. I noticed one thing on the box that really took me back and made me smile. The return address and each of their valentines was signed "G & G". I remember when I was younger all of my presents at Christmas and cards on my birthday would be signed "M & D". That title has now been upgraded to "G & G". I love my mom and dad for their small, thoughtful gifts for my children and for the pricless smiles they bring to their faces. Thanks G & G!
Posted by Kim at 5:31 PM 1 comment: 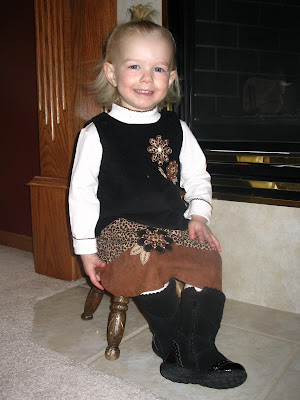 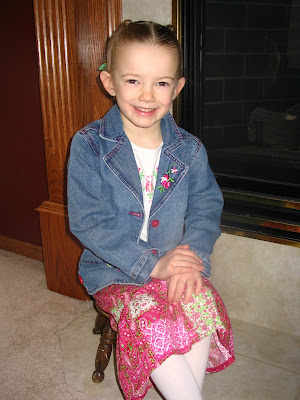 Here are some pics of the girls before church Sunday. It seems that for the past 3 weeks we go to church and three days later the kids are sick! I think we are keeping them home this Sunday!
Tuesday, we had a snow day and all the kids were home. It was fun, Christian spent most of his day over at our neighbor's house. Sydnee was sick so we worked on getting her Valentine's ready for all her preschool friends. Ella just chilled with the rest of us. It was a pretty uneventful day.
Today, Christian is home for a sick day. All of my kids have been running a fever this week. I really dislike sicknesses and not because it messes up my day. I actually love having a reason to stay home and get some laundry done. I think I get frustrated because you don't know if it is just a fever, or something worse. Well, here is for a day to stay home. Maybe I will get a moment of scrapbook time....or reading time....or blogging time
P.S. We had a great time at the all day crop last Saturday. There was a guy at the crop and it was awesome! He brought a great mix to the day! Thanks to all those who came! Look for another one in March.
Posted by Kim at 9:30 AM 1 comment: 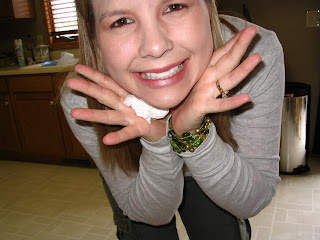 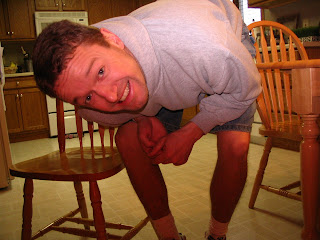 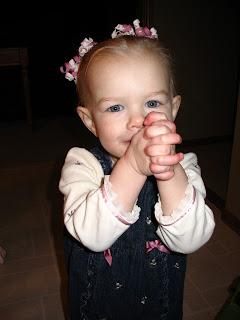 Ella has figured out how to use the camera and she loves to take her own photos. Usually she wants to take a picture of mom or dad, then she wants you to take a picture of her. Then very quickly she will want to look at the photo on the back of the camera. "Let me see! Let me see!"
So here are two photos that she has taken, and one of herself that is just darling. Enjoy!
Posted by Kim at 10:13 AM 1 comment:

Baby, It's Cold Outside! 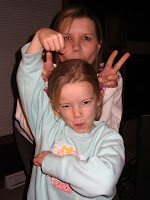 AND THE KIDS ARE GOING CRAZY INSIDE! 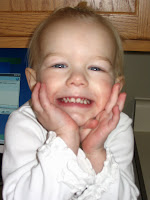 Yesterday morning it was -16 while I was working at the scrapbook store for a couple of hours. Today I believe it is even colder....

I have really been trying to keep the kids busy inside with playdough, crafts, and games. But today I think it is going to be a video day. I am finishing up my layouts for NYOBC tomorrow night. Loved the kits this month....just trying to figure out the ladder book. It is just a bit complicated for me.

There isn't anything that I love about the cold weather. It makes you stay inside where the heater runs constantly and you have a dry throat, your cuticles are so dry on your finger nails that they are cracking and bleeding, and the kids are out of their minds! I might just have to bundle them up and give them 10 minutes of run time.....

Well, I better go help Sydnee. She is decorating her room for the dog and cat party that she is having with a friend after preschool today. I wish I had her imagination!
Posted by Kim at 10:02 AM 1 comment: 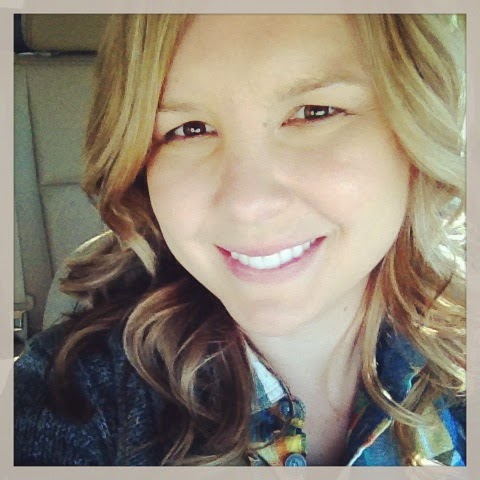 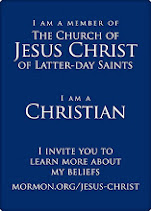